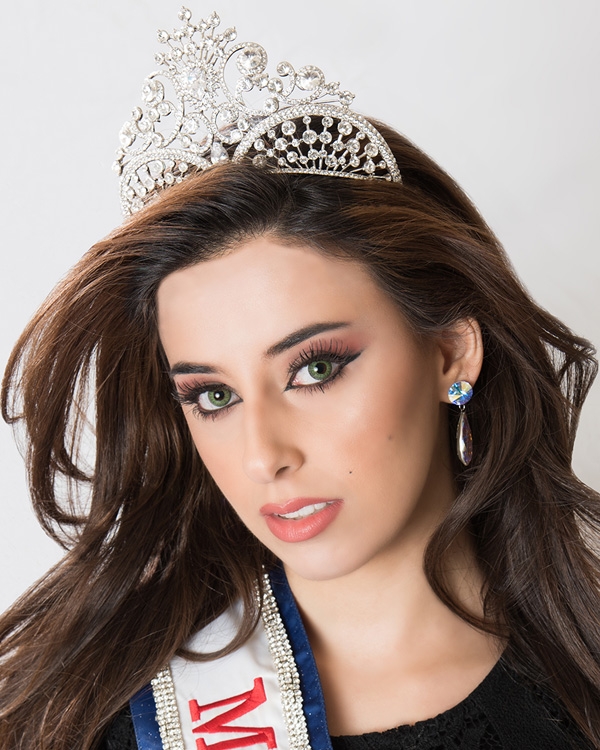 Baian Taleb, US citizen of Syrian origin, residing in Florida, has been crowned Miss Arab USA on September 10th, 2016.

At an early age, Baian spent her life between Saudi Arabia and Syria. In Saudi Arabia she dabbled in the golden sands that felt like threads of silk on her, she saw the pride of the Camel as the King of the Desert and was in a constant state of awe.  A few years and the scenery of her life changed.

Baian found herself in Romania with her older sister, mother, and father. They drove there through dauntless Balkan mountains to get there not knowing what lie on the other side. They settled in Bucharest where her family started the first official superstore in the area, named "Regency do Mil" (Regency 2000). It quickly became very successful. One year later they sold it and moved to the United States. In her elementary school years, she was signed up in Tae-kwon-do; she won many medallions for her sparring and became a black belt by the tender age of 8. After that Baian was registered in an all Arabic language school in the evenings. She attended primary English school from 8am-3pm then she attended the Arabic teaching school from 5pm-8pm. This went on for 5 years. She was schooled in reading, writing, mathematics and the Arabian History.

She was also on the track team; she won 1st place in Melbourne, FL in the beginning races and got moved up to regional in Orlando. She also had a painting of her recognized. She maintained A/B honor roll until she graduated High school. She excelled in writing the most throughout the years and had a poem published about her mother. Upon entering University with a very generous scholarship for maintaining a 3.9 cumulative GPA, Baian knew all she wanted to do with her life is help people, so she became a Pre-Med Biology major. She also joined the Student Government Association where she was given responsibility to change people’s lives significantly.

Baian was a Justice and a Senator. As a Senator she made reformations to existing policies and helped bring new ideas to life on campus. As a Justice she had to be a judge over disciplinary hearings that would involve expelling students from the school at times; A position that has humbled her and made her stronger but kinder. Today she stands up as a future doctor, a revolutionist, a visionary and Miss Arab USA. Baian is ecstatic about her role as Queen and she is ready to set a new par for Arab Americans, women and people in general for a stronger and brighter tomorrow. Her Life started out as a fairy tale, and she now has her happy ending. Something every young girl deserves. After all is said and done, her story is just beginning.