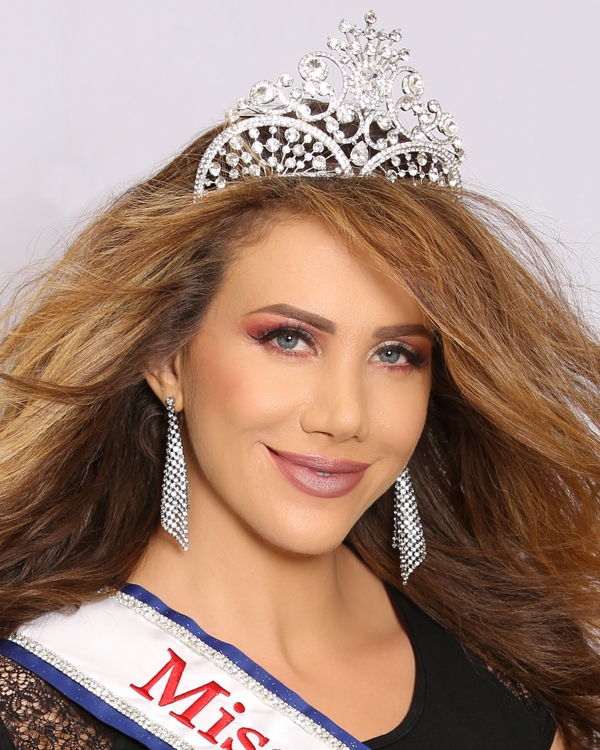 Inas Alawam, US citizen of Syrian origin, residing in Massachusetts, has been crowned Miss Arab USA on January 21st, 2018.

Inas is originally Syrian. However, she spent 10 years of her life in Saudi Arabia among expats from many Arab countries. That in addition to having a Lebanese grandmother helped her to learn about other Arab countries and respect all Arab cultures.

Inas travels a lot to see other parts of the world, and always makes sure to get to know the local citizens and cultures, not only the touristic sites. She has traveled to United Arab Emirates, Morocco, St. Martin, Ireland, Italy, St. Lucia, France, Mexico, Switzerland, Jamaica, and China. Inas is an intelligent person who admires success and works hard for it. She came to the US in 2006, enrolled in extensive language courses and passed the TOFEL within 3 months. Then, she enrolled in an undergraduate program for business administration, graduated Suma Cum Laude in 2010 with a bachelor degree in Marketing and Decision Science. During her senior year, Inas worked as a student mentor for ESL programs, where she was teaching foreign freshmen students. Shortly after, she went back to get her master’s degree in International Economics and Finance and graduated in 2013 with distinctions. During graduate school, Inas was a teaching assistant for Corporate Finance. Afterwards, Inas worked as an analyst for 3 years in Aramco Services Company. During that time, she volunteered to be a Young Professional Chairperson in Society of Professional Engineers New England Section.

Inas believes in giving back; she is involved in charity organizations such as Iraqi and Arab community, where she is a case manager who helps Iraqi refugees get medical care and adapt to the culture in the US. Inas also volunteers in local events for feeding the hungry. Inas is proud of her origins and volunteers in cultural events, and has received two appreciation awards for her contributions to the success of cultural events in Massachusetts. Inas also was involved in many campaigns to collect help for the Syrian families affected by war, mainly widows and orphans. The extraordinary thing is the fact that Inas was able to accomplish all of that on her own, but also with her mother’s encouragement and support which led to her being featured in the Boston Globe. She believes women can do extraordinary things if they have the right base and support. Inas is also a professional singer who produces her own songs which are popular in the Middle East.

Her other main hobby is yoga, she is a yoga instructor. Inas’s interests include history and politics. Inas's platform aims to shed light on women issues in the Middle East, because the society cannot move forward if half of it is held back. She wants to work on building awareness and educating women to have them realize their potential, the extension of their actions, and the effect of the lack of action. Mainly to improve the main cell that builds society, the family. She is at a point where she has the time and skills to accomplish tasks helping others by being a role model, putting the time and effort, and exploiting the opportunities that comes with being Miss Arab USA to the fullest.

On April 14th 2018, Inas received the World Changemaker Award at the United Nations in New York. During her reign, she visited several refugee families in their homes, and was involved in multiple community events and awards ceremonies. By the end of her reign, Inas took a seat on and joined the Parents Forum Board. The Parents Forum Board is a non-profit, community-based organization in Massachusetts whose mission is “to foster honest, respectful and caring communications in families… and [help develop] creative, practical solutions to the challenges of contemporary parenting”. 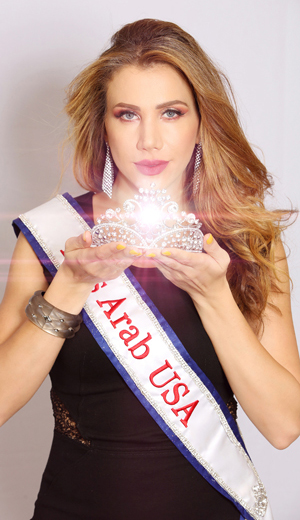